Who Was Pandurang Khankhoje? 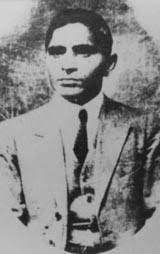 Lok Sabha Speaker Om Birla, who is currently in Canada for the 65th Commonwealth Parliamentary Conference, will travel to Mexico where he will unveil statue of Maharashtra-born freedom fighter and agriculturalist Pandurang Khankhoje (1883-1967).