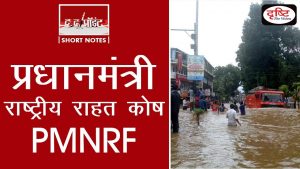 The Vice President of India and the Chairman Rajya Sabha, Shri M Venkaiah Naidu has contributed a sum equivalent to a month’s salary to the Prime Minister’s National Relief Fund (PMNRF) to strengthen the government’s efforts in combating COVID-19 outbreak in the country. 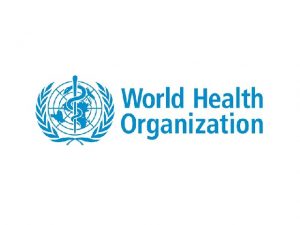 India is all set to join the World Health Organisation’s (WHO) Solidarity Trial which aims at the rapid global search for drugs to treat COVID-19. 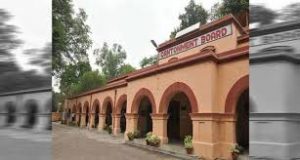 A Cantonment Board is a body corporate under the Cantonments Act, 2006 having perpetual succession. 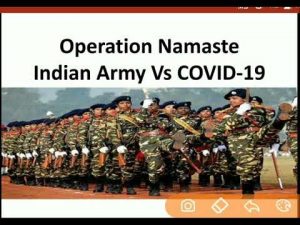 The Indian Army has code-named its anti-COVID-19 campaign as Operation Namaste to help the government in its fight against the pandemic. 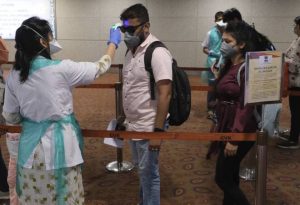 It is a voluntary group of scientists who regularly discuss the rapidly evolving situation with its dire need for science communication. 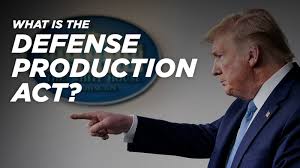 1. Japan’s Prime Minister and the head of the International Olympic Committee Shinzo Abe agreed to postpone the Tokyo 2020 Games by a year in an extraordinary move, unprecedented in peacetime, as the world battles the coronavirus pandemic.

2. Recently, India has decided to set up an electronic platform to help member countries of the South Asian Association for Regional Cooperation (SAARC) fight the COVID-19 pandemic. The decision has been conveyed during a virtual conference of health professionals of eight countries in the region.

3. Ministry of HRD Innovation Cell, AICTE, MEITY Startup Hub, InnovatioCuris and other institutions of global and national prominence organize Fight Corona IDEAthon. This ideathon is a 2-day online initiative to mitigate the uncertainties arising in light of the rampaging Pandemic. It is an endeavor to scout for accessible and affordable technological solutions that can contain the rapid spread of infection, ease the mounting pressure and ensure a quick return to normalcy.

5. Indian Railways has decided that the period from 22.03.2020 to 14.04.2020 shall be treated under “Force Majeure”. During this period no demurrage, wharfage, stacking, stabling, detention, and ground usage charge shall be leviable. A force majeure (FM) means extraordinary events or circumstance beyond human control such as an event described as an Act of God (as a natural calamity).

8. Petroleum and Explosives Safety Organization (PESO) has taken various measures to ensure uninterrupted supply of Oxygen to hospitals and other health care facilities due to nationwide lockdown for containment of COVID-19 pandemic.

9. Prime Minister Narendra Modi condoled the death of Satish Gujral. Satish Gujral (1925 – 2020) was a renowned Indian painter, sculptor, muralist, and writer of the post-independent era. He was awarded the Padma Vibhushan, the second-highest civilian award of India, in 1999.

10. In view of the hardships faced by the parents and the students due to the COVID-19 epidemic, the National Testing Agency has postponed the ensuing NEET (UG) May 2020 examination scheduled to the last week of May 2020. The National Eligibility-cum-Entrance Test (NEET) is the examination for admission to undergraduate medical degree programmes.

11. Prime Minister Narendra Modi expressed grief over the demise of Brahma Kumari’s Chief Dadi JankiRajyogini Dadi Janki, the Chief of Brahmakumaris Sansthan, the world’s largest spiritual organization run by women, passed away at the age of 104 after a prolonged illness.

12.Arr-Rinam: It is a tribal lockdown ritual observed in Arunachal Pradesh. It is the Galo equivalent of lockdown imposed by consensus for 48 hours whenever an epidemic strikes. It has been imposed now on account of COVID- 19 spread.

13. Prime Minister Modi announced PM-CARES Fund. The fund is being raised to deal with the distress or emergency as that of COVID-19 pandemic. PM-CARES is Prime Minister’s Citizen Assistance and Relief in Emergency Situations fund.

14. The Ministry of HRD (Human Resources Department) announced that the access to the National Online Education Platform called the SWAYAM has tripled since LockDown. SWAYAM is Study Webs of Active Learning for Young Aspiring Minds. It was launched in 2014.

15. The Union Agriculture Minister announced that agriculture and farming-related activities have been exempted from LockDown. This was introduced in the second addendum introduced by the Ministry of Home Affairs.

16. The Ministry of Home Affairs introduced new rules under the State Disaster Response Fund. Under the rules, the funds are to be used to facilitate the availability of temporary accommodation and food for the migrant workers.

17. The Border Road Organization (BRO) is working in full swing to completely replace the Daporijo bridge. The bridge os the only line of communication to 451 villages located in the China border. Also, the BRO is engaged in snow clearance of Manali-Leh axis to provide relief to Ladakh and Lahaul valley. The Project Arunank is being implemented by BRO in the state of Arunachal Pradesh. The project aims at linking remote regions of the borders with well developed strategic roads.

18. The JICA (Japanese International Cooperation Agency), a funding agency of the Japanese Government signed an agreement with GoI for 3 mega rail infrastructure projects. The project cost has been estimated as Rs 15,295 crores

19. According to research published in the journal “Pathogen”, the virus jumped to humans from Pangolins. Also, the mutation was the main reason for the virus to target human cells so easily and hence leads to a fast spread of the virus.

22. American medical devices and health care company, Abbott Laboratories is unveiling a coronavirus test that can tell if someone is infected in as little as 5 minutes. The medical-device maker plans to supply 50,000 tests a day starting April 1.