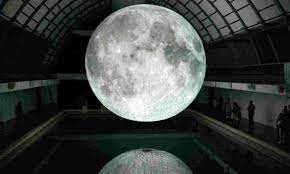 China has built an artificial moon research facility that is capable of lowering the gravity level using magnetism.

Objective of the project:

The idea to develop artificial moon facility has its roots in the Russian-born physicist Andre Geim’s experiments to levitate a frog with a magnet. The physicists later won a Nobel for this groundbreaking experiment.