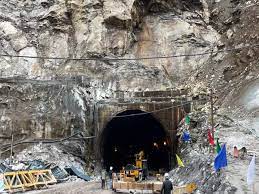 The final blast for the 980-metre long Sela Tunnel (Tunnel 1) was conducted by Director General Border Roads (DGBR). This marks the culmination of the excavation works on the complete Sela Tunnel Project.