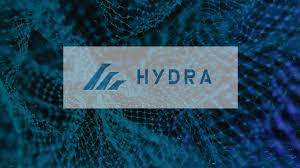 German police said they have taken down Russian-language illegal darknet marketplace Hydra, the largest such network in the world, and seized bitcoins worth €23 million ($25 million).