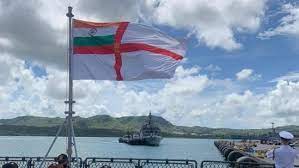 The Prime Minister will unveil the new Ensign (flag) of the Indian Navy in Kochi to mark the launch of India’s first aircraft carrier, INS Vikrant.