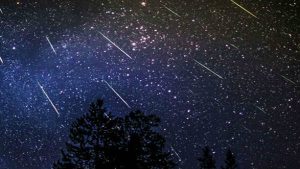 Lyric Meteor showers peaked in Indian skies on April 22nd and will continuously pass through till April 29 at nearly 10-15 meteors every hour.