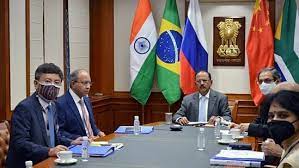 The National Security Advisor (NSA) of India, for the first time, hosted a special meeting with his counterparts from Central Asian countries – Kazakhstan, Kyrgyzstan, Tajikistan, Turkmenistan and Uzbekistan.

Highlights about the Meetings of NSAs: