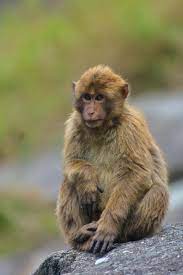 A new species of old world monkey recorded from Arunachal Pradesh has been named after a strategic mountain pass at 13,700 ft above sea level.