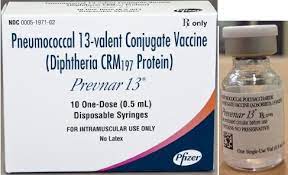 The government has launched a nationwide expansion of Pneumococcal 13-valent Conjugate Vaccine (PCV) under the Universal Immunisation Programme (UIP) as a part of ‘Azadi ka Amrit Mahotsav’.