Sedge Warbler Spotted In The State Of Kerala: 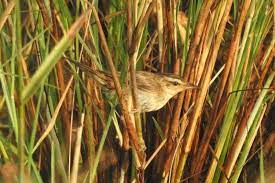 Birders and ornithologists recently in the State of Kerala spotted a migratory bird the Sedge Warbler.