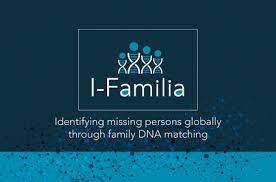 Interpol has launched a new global database named ‘I-Familia’. It will identify missing persons or unidentified human remains around the world through the DNA of relatives.