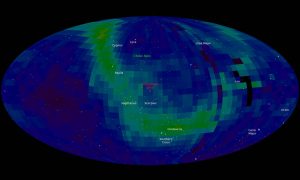 The Wide Area Linear Optical Polarimeter (WALOP), a vital instrument for the PASIPHAE Project, is being developed at Inter-University Centre for Astronomy and Astrophysics (IUCAA), India.

About the PASIPHAE Survey: