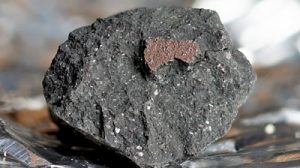 A piece of the Winchcombe meteorite that touched down in the town of Winchcombe in Gloucestershire in the UK in February 2021 will be displayed at the National History Museum.