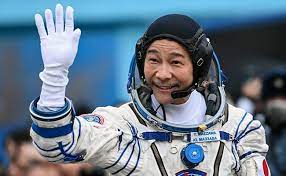 Billionaire Japanese entrepreneur Yusaku Maezawa reached the International Space Station (ISS) for a 12-day trip, during which time he will complete 100 tasks in space, including playing a game of badminton.