Illegal Influx From Myanmar Into India: 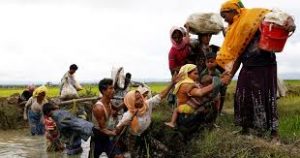 The Ministry of Home Affairs (MHA) has directed Nagaland, Manipur, Mizoram and Arunachal Pradesh to check illegal influx from Myanmar into India.