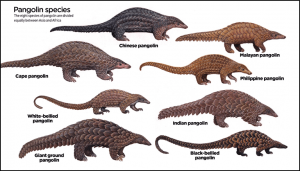 A radio-tagged Indian pangolin was released into the wild in Nandankanan Zoological Park (Odisha) following soft release protocols and provision for post-release monitoring.