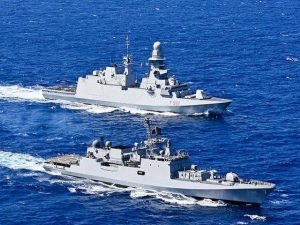 INS Tabar joined Italian Navy and entered Port of Naples on July 3 as part of ongoing deployment in Mediterranean.