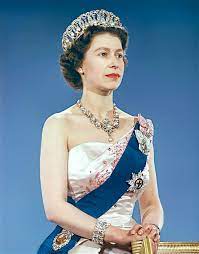 Queen Elizabeth II, Britain’s longest-reigning monarch died after 70 years on the throne at the age of 96.