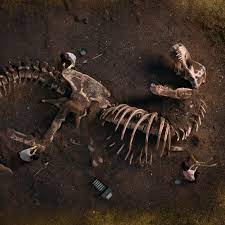 Scientists have found the remains of four species of dinosaurs, including a megaraptor, in an inhospitable valley in Chilean Patagonia for the first time.