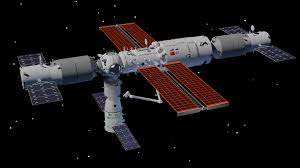 China, which is growing its presence in space, has complained to the UN detailing two alleged space incidents involving its Tiangong Space Station and two Starlink satellites from Elon Musk-founded aerospace firm, SpaceX.

Space-related conflicts have occurred in the past and will most likely continue to happen in the future as well, considering the growing number of activities in the space, involving different parties.