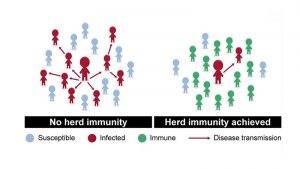 When a person gets vaccinated against a disease, their risk of infection is also reduced – so they’re also less likely to transmit the virus or bacteria to others.