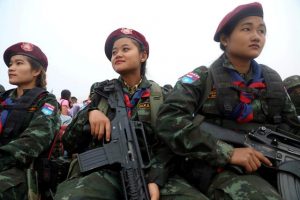 Myanmar’s military has launched airstrikes on a village and outpost near the Thai border, after ethnic minority Karen insurgents attacked a Myanmar army post in some of the worst clashes since a Feb. 1 coup.