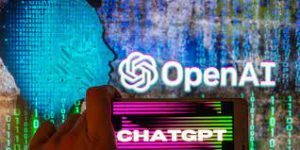 OpenAI (AI research and deployment company) opened its most recent and powerful AI chatbot, ChatGPT, to users to test its capability.