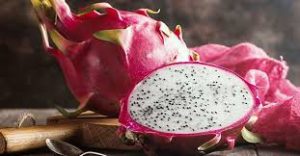 The Gujarat government has decided to rename the dragon fruit as ‘kamalam’.